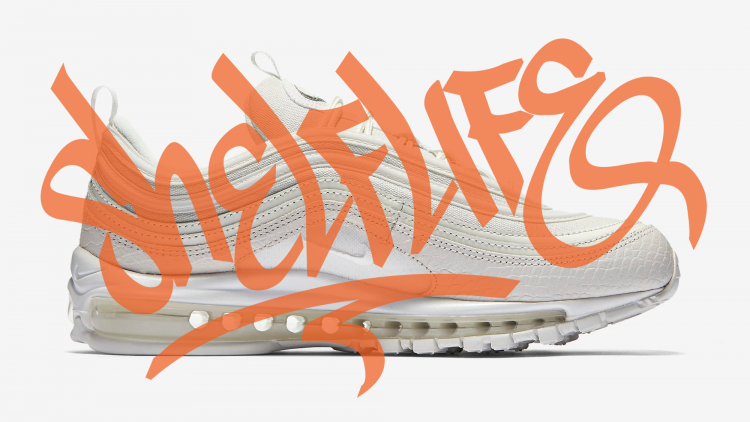 We’re halfway through 2017, guys!! How is it going so quickly? Luckily, I’ve got another sick pair of kicks for you to celebrate the 50% mark…

Look, we know Nike are big on anniversaries, and with the year being 2017 you can probably tell which ones they’re going big on and – possibly – which ones I’ve chosen as my Shelflife Sneak of the Month for June.

So lets not beat around the bush, here it is. The… 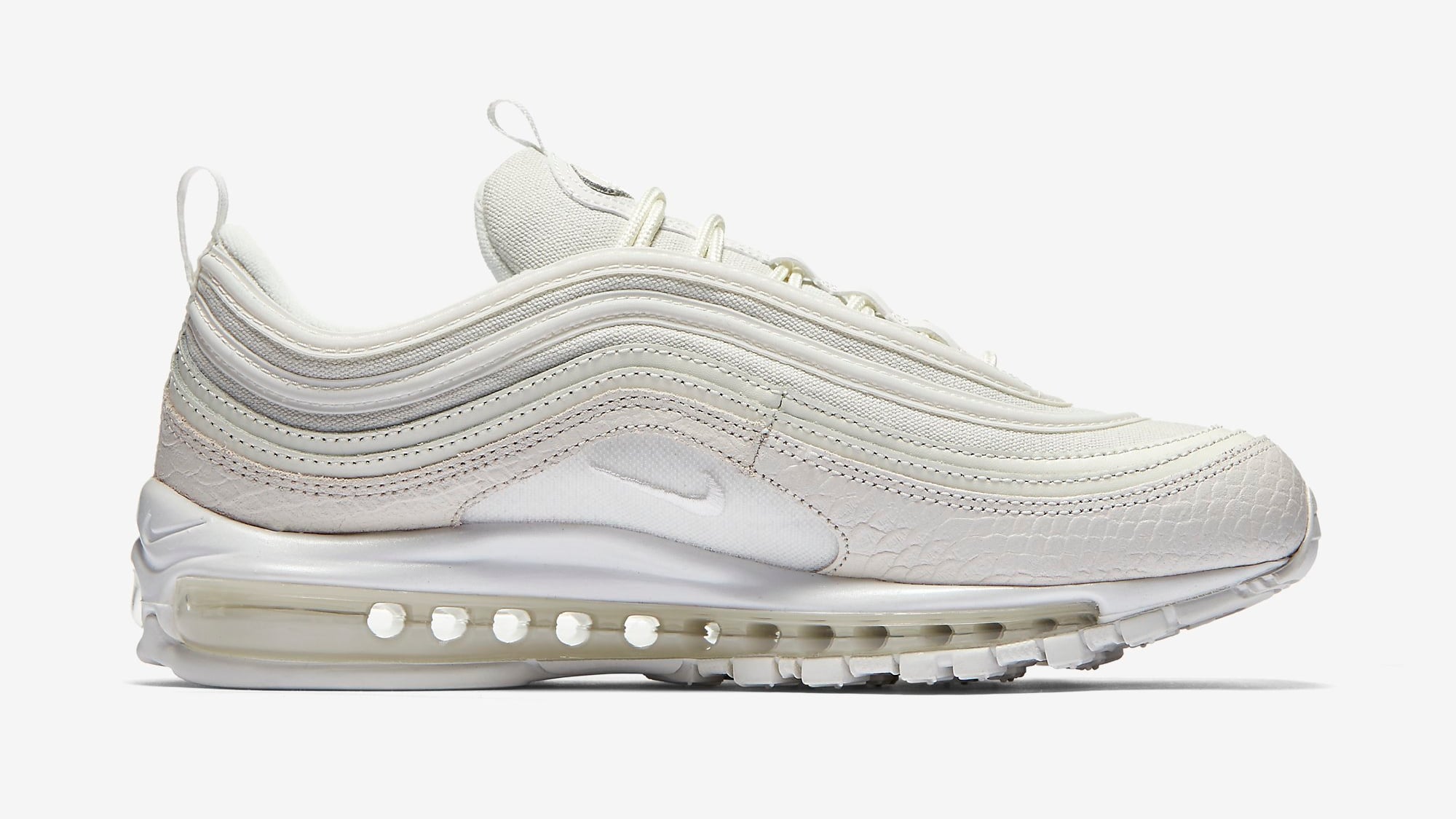 So first up. Just look at them… 😍 There’s something so special – so clean – about an all white sneaker. As long as you can keep it all white, that is.

I always thought that the lines on the 97 make it seem so streamlined and cool, and the subtle snakeskin on these just gives it a lovely little touch. 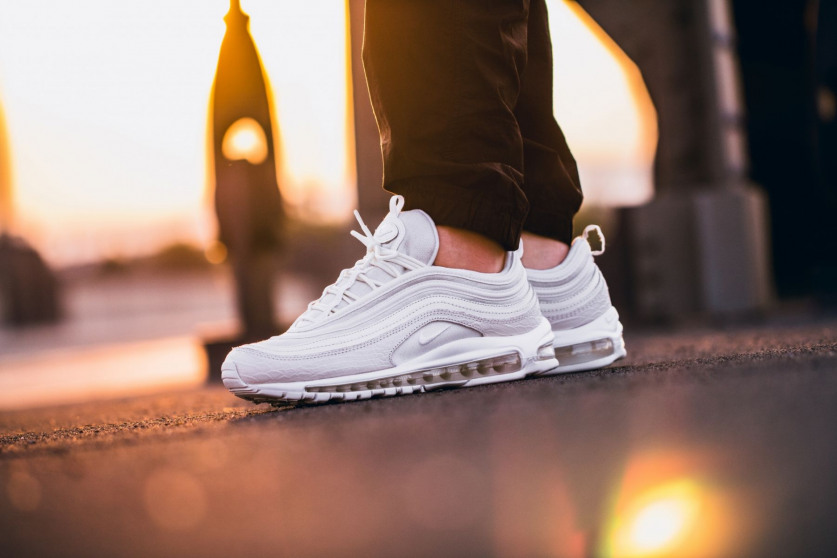 I’ve actually never had a pair of 97s myself, but I’m genuinely considering hitting my lads at Shelflife up for these ones. I might just have to keep them under lock and key during the winter though because I’ll be terrified of getting them dirty! 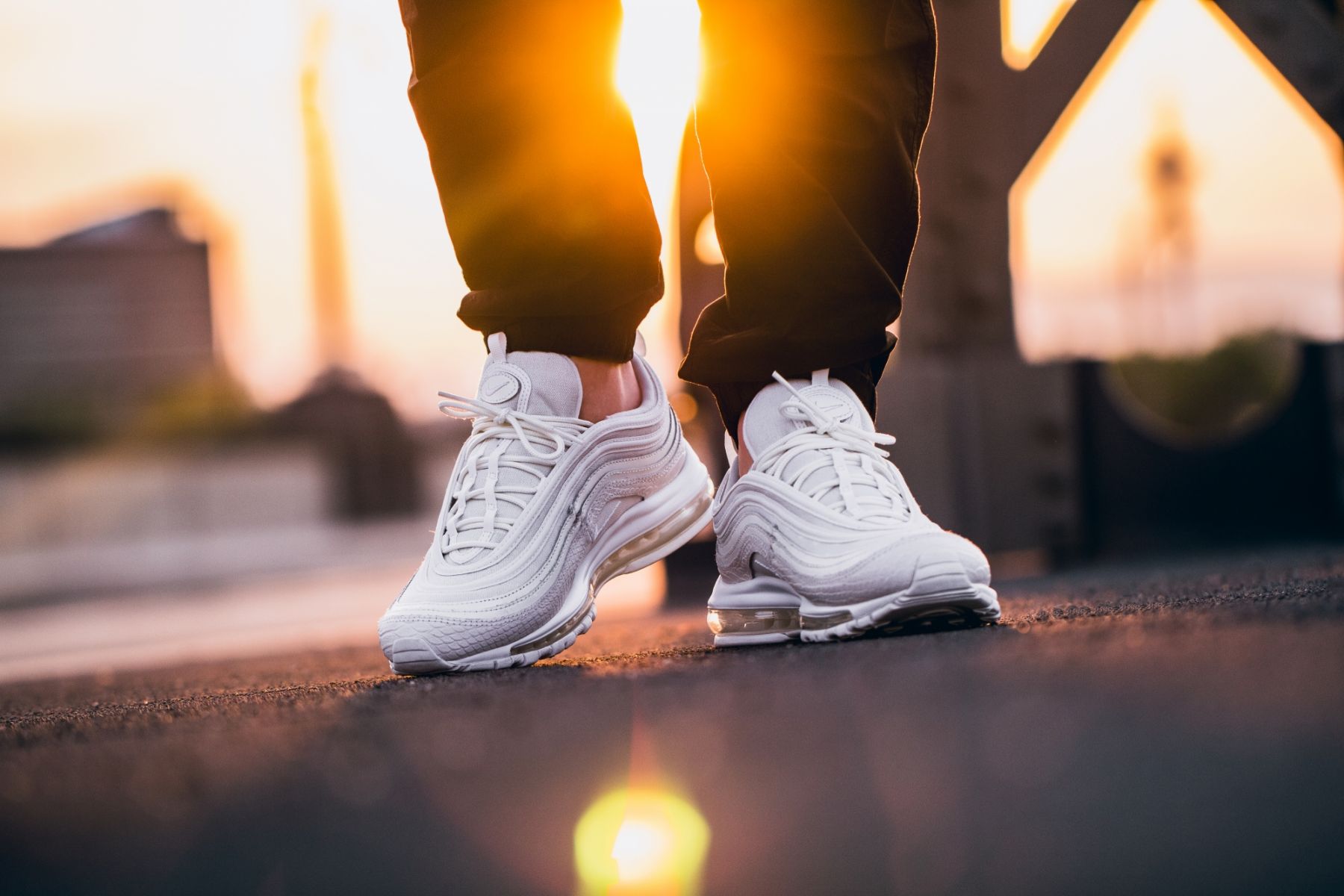 Another cool feature of these which you probably won’t see in the daylight is the reflective bands that line the top. You might have seen the reflective material on a few things lately, but if you haven’t, it’ll make them look like this… 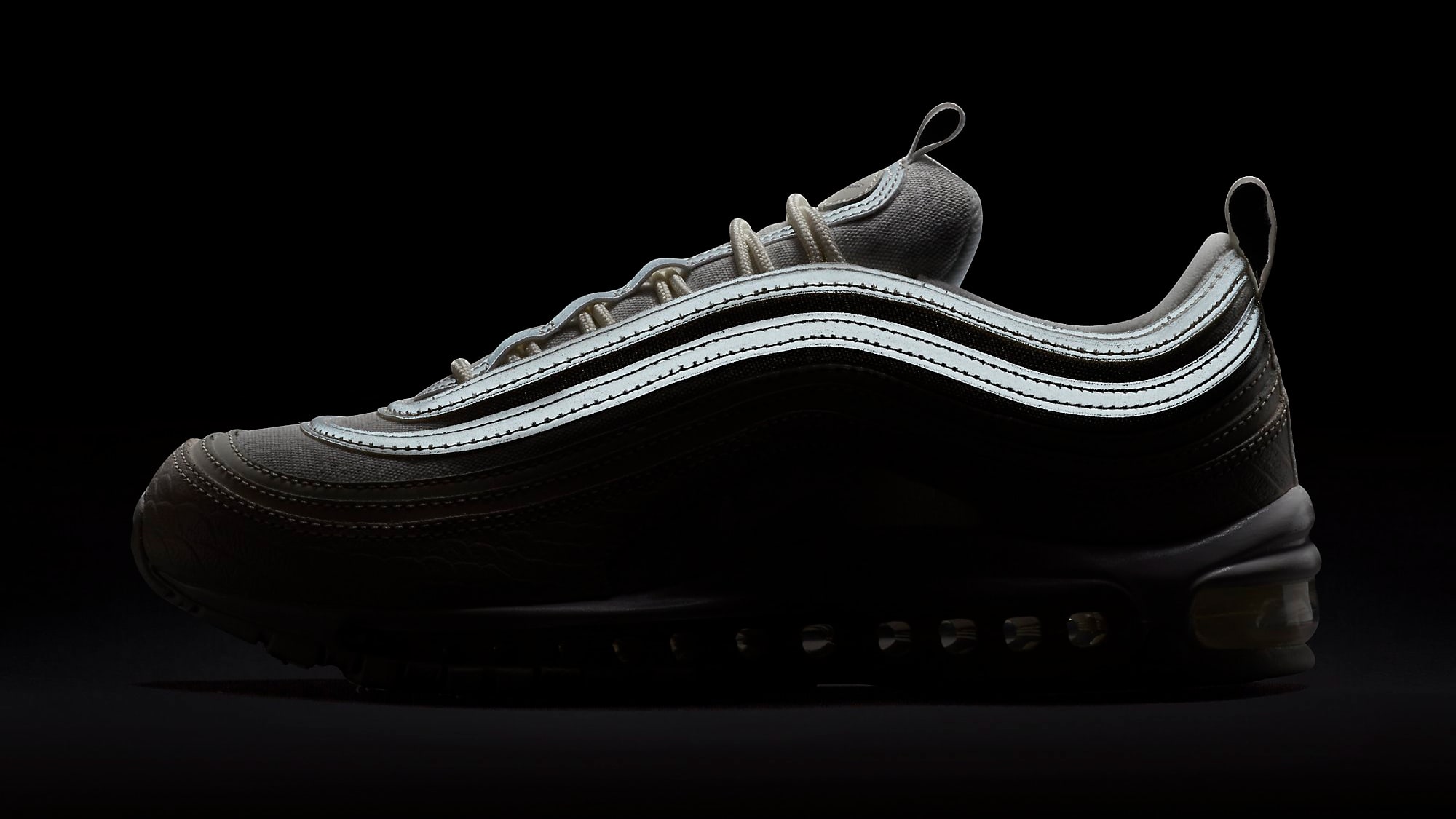 Cool eh?! Also… These babies literally just landed TODAY. If you want a pair then head over to Shelflife like right away, otherwise you’re probably going to end up missing out. 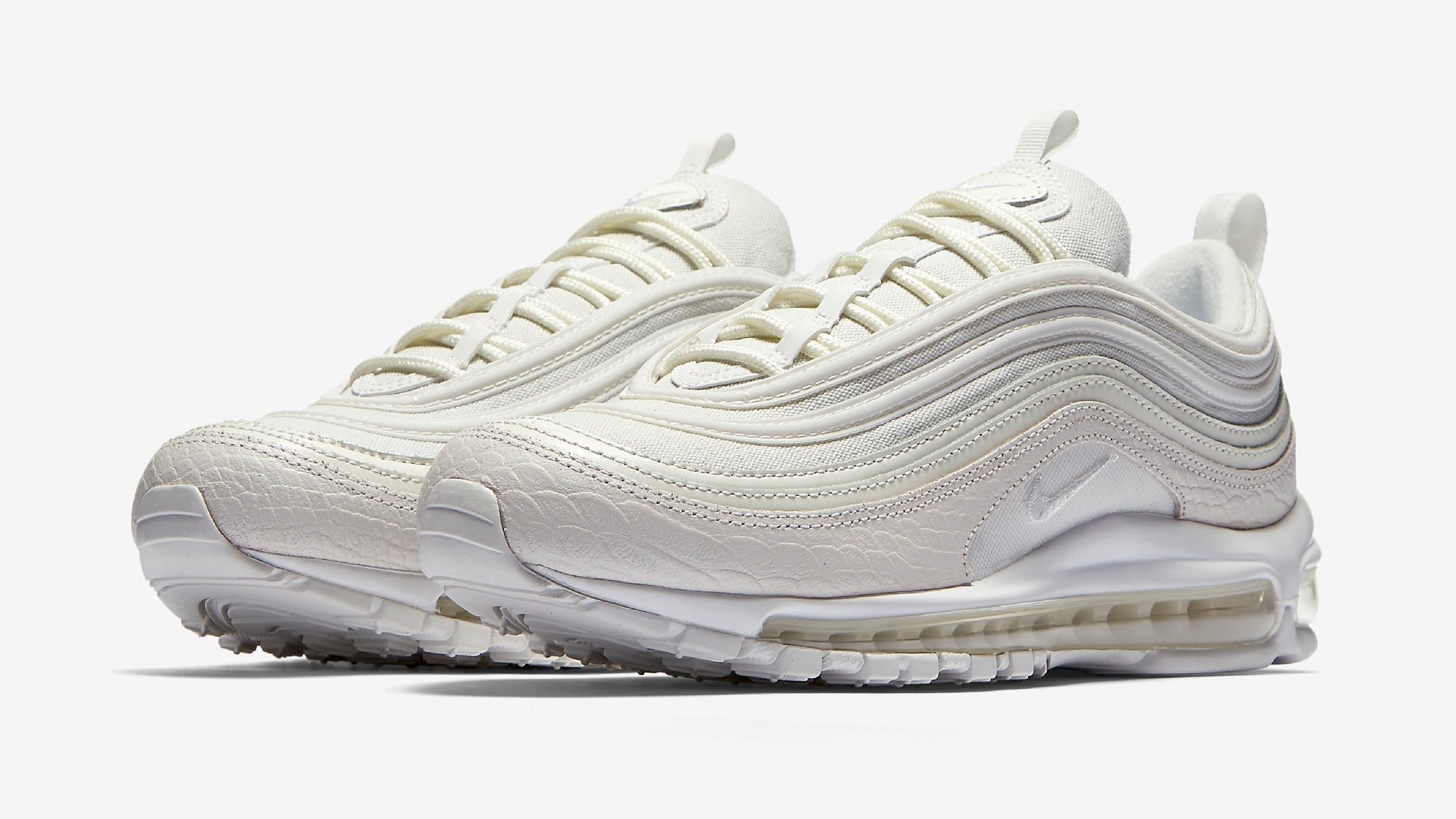 My Take: 8/10
This is a super cool sneaker in my opinion. It looks incredibly sharp and I’m a big fan of the long bubble Air Max. The snakeskin and reflective set it apart from some of the other 97s and I’m quite possibly going to go and buy a pair right now.

SNEAK FACT!!! – The Air Max 97 was the first trainer to use a hidden lacing system. Thanks Christian Tresser!