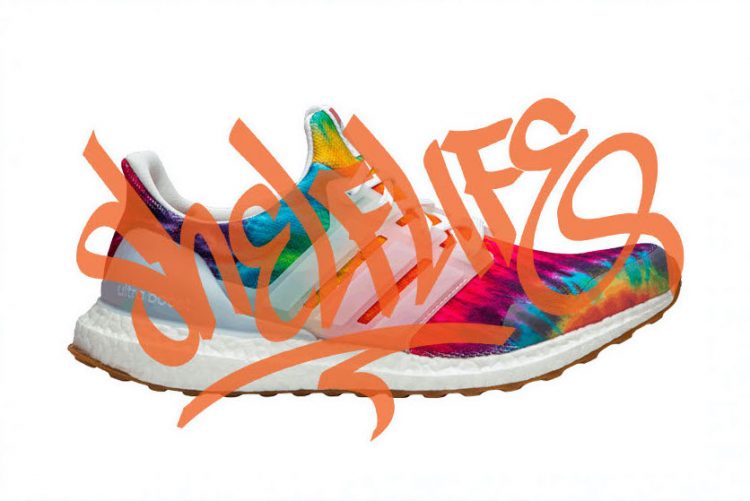 It’s time for another edition of Shelflife #SneakOfTheMonth, and we’ve got a wild set of kicks this month as adidas get all psychedelic in homage to a famous music festival…

Well, it’s been a crazy 2019 on the sneaker front. I’ve had to tone things down a bit with my collection because a) I’m running out of space, and b) I got engaged this year so I’ve got a bit less expendable income hanging around! Doesn’t stop me from looking though, does it?!

I do feel like a lot of brands step it up in 2019… There’s been a lot more choice if you wanted to step away from the ‘big’ brands, and the guys at Shelflife have actually been great for that with the folks at Saucony, New Balance etc all getting in on the action when it comes to casualwear.

But I’ve always had a taste for the standout. The sneakers that make people ask you questions. Which is why I went for these this month… Oh, and they launch tomorrow! 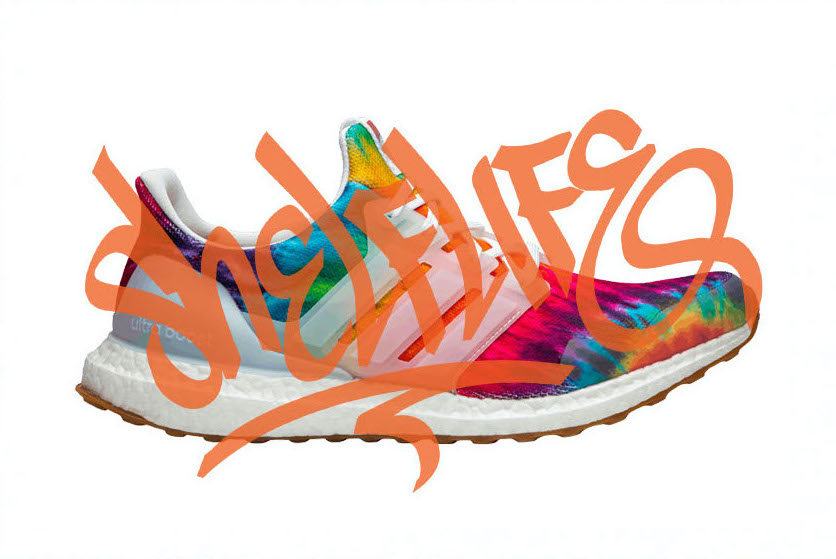 Firstly, before I even get onto what these shoes look like, they’ve got an ULTRABoost sole, and anything with an ULTRABoost sole has got my vote. It’s one of the best things that adidas have done in recent years, and I’ve got a couple of pairs myself so I truly can vouch for them. Comfort is 👌🏽. 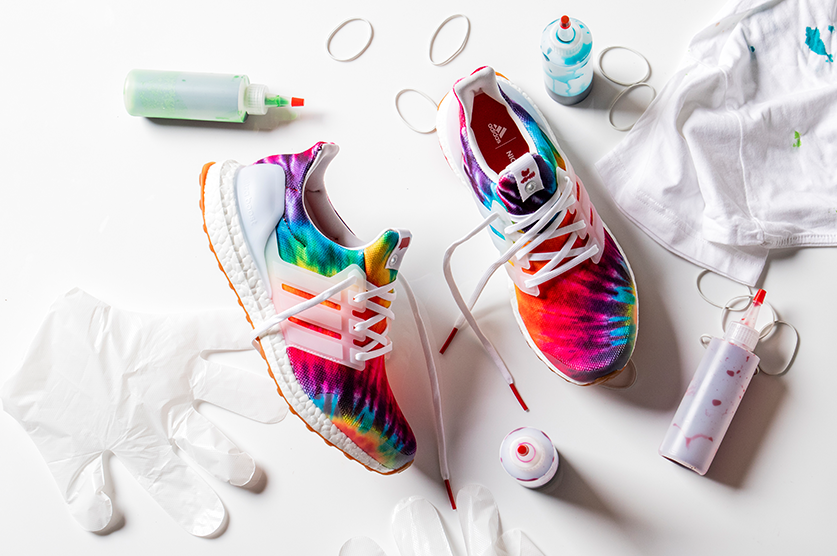 Anyway, the colours… Yeah, bit crazy, right? So adidas went and teamed up with sneaker enthusiasts, Nice Kicks, to create this pair that they’ve named ‘Woodstock’. The tie-dye look they’ve gone for is obviously inspired by the famous music festival back in the 1960s, and it certainly stands out.  I love that about them. Psychedelic, baby. 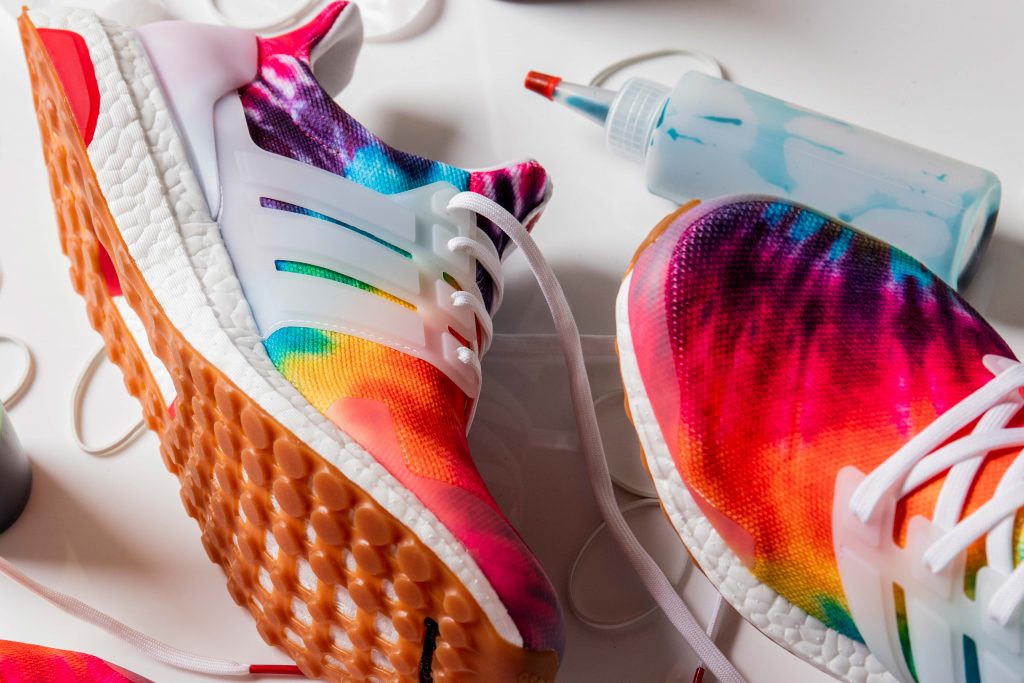 The design ‘pays homage to the hippie movement and reminds everyone the original message of coming together in hopes for a brighter and more peaceful future’, and there’s a nice little doff of the cap to the original Consortium project, the NMD R1, with the gum outsole that they’ve used. 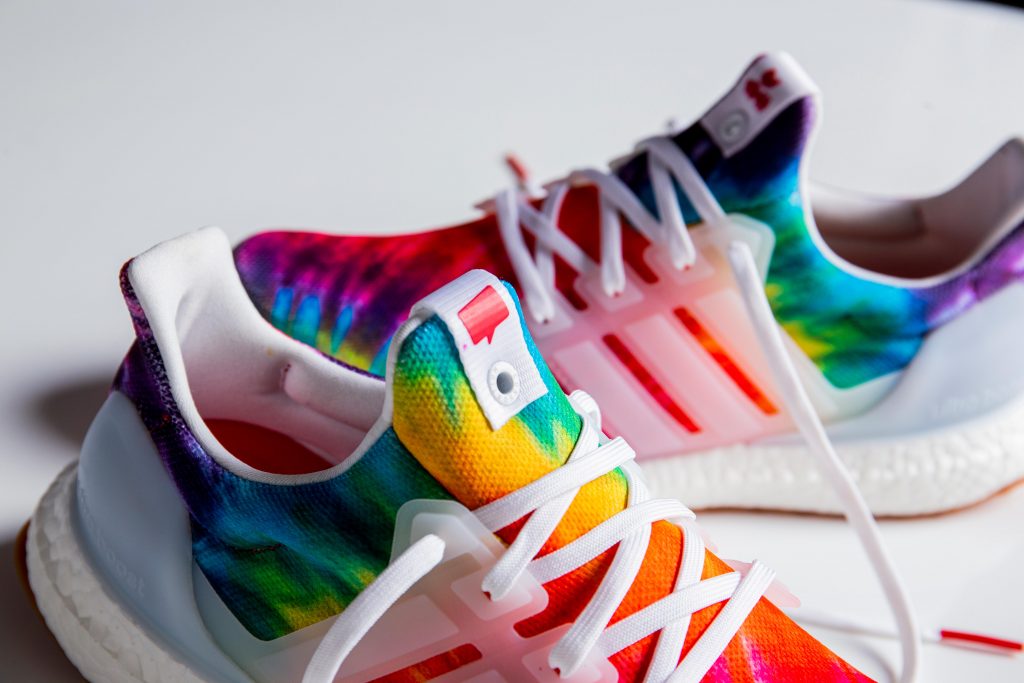 As I mentioned before, these babies do actually launch tomorrow, on Black Friday, over on Shelflife.co.za and in their stores in Cape Town and Rosebank, and they are EXCLUSIVE. You won’t find them in South Africa anywhere else, so they’ll go fast! 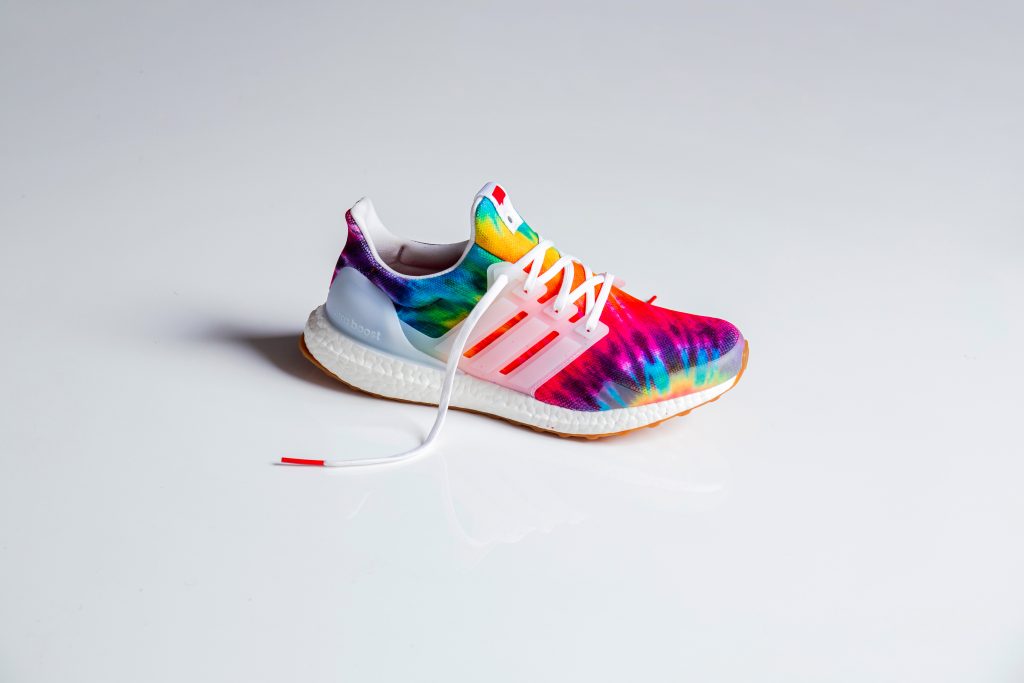 My Take: 8/10
Depending on your personality, you’ll probably either love or hate these kicks. They’re wild, they’re a bit garish, and I love them… Look, they won’t go with everything you own, but they’ll make any outfit pop and will certainly get people talking. I enjoy the message they’re putting out with the ‘love and peace’ given the state of the world and the moment, and the tie-dye takes me back to the 90s. Can’t ask for much more.

SNEAK FACT!! – Nick Kicks are actually the people credited with creating ‘Throwback Thursday’… They’re seen as the source for the hashtag, craze, whatever it may be used in, stretching all the way back to when they first coined the phrase in 2006.