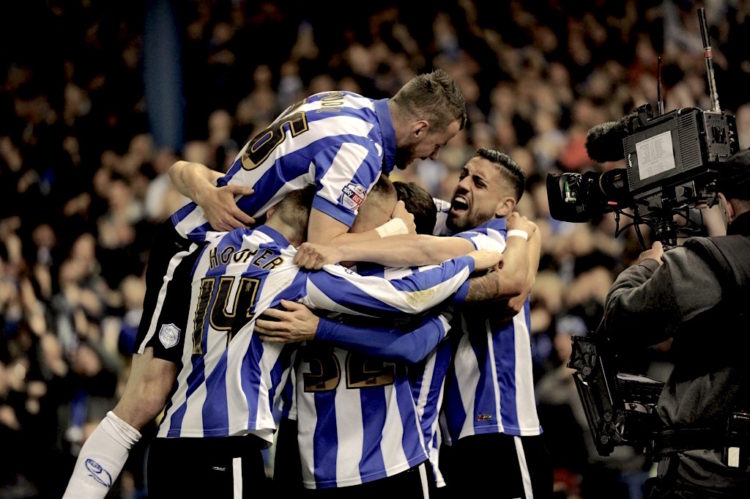 Complete domination, that’s pretty much what last night was. Statistically Sheffield Wednesday were a far better side than Brighton & Hove Albion, but also just by looking at the game itself, it was obvious who were the most dominant team.

It’s worth noting that Brighton did have four injuries in the game – and I feel for them in that regard – but I think that it’s Carlos Carvalhal’s rotation system that has made sure that Wednesday had no similar issues. Three of Brighton’s injuries were existing ones, and with the size of our squad, they wouldn’t have played at all if the shoe was on the other foot. 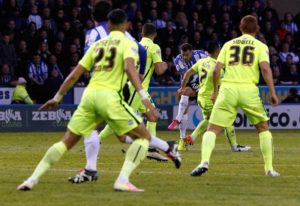 Wednesday’s dominance was not due to one or two players last night. It was a collective team effort, and while special mention must go to Kieran Lee, Barry Bannan and Fernando Forestieri, CC will be delighted with the whole team’s performance.

Breakdown –
Passing:
Playing with 10 men for so long obviously didn’t help Brighton’s cause, but Wednesday ended up with 59% of possession last night, with Bannan being the busiest of the Owls with 90 touches over the 90 minutes.

Bannan – unsurprisingly – made more passes than anyone on the field (79), and also made the most accurate passes (70). Alex Lopez, who has been in fine form of late, managed to keep up a 100% pass completion rate over his 63 minutes on the field, while Bruno and Lee had 96% and 90% respectively as they played the full game.

Gary Hooper – who grabbed an assist – and Lee made more key passes between them (6 – 3 each) than the entire Brighton side (5). Lastly, in terms of crosses, Wednesday made 25 compared to Brighton’s 19.

Offensive:
As has been the case several times this season, the Owls have been clinical with the chances that they created. Wednesday scored two goals from their four shots on target last night, although in terms of total shots, there was a significant difference between the two sides (16/7).

Wallace and Foretieri (4 each) had more shots combined than the Brighton’s 14 players together (7), although Tomer Hamed did manage to hit the post for them early on.

Lee and Forestieri completed 100% of their dribbles going forward, as did Anthony Knockaert, though the Seagulls had a better dribble success rate collectively (71%/80%).

Defensive:
Both sides managed to complete 13 tackles on the evening, however Wednesday’s 76% success rate was slightly better than 72%.

Given Forestieri’s talents going forward, his work rate and ability to work for the team are sometimes forgotten, yet last night not a player on the field made more successful tackles than he did (4), with Jack Hunt and Sam Baldock making the same amount.

It will come as no surprise given the pressure they were under all game, but Brighton’s Gordon Greer made the most clearances (12), while his teammate, Bruno, made the most interceptions (4). Tom Lees (7) and Marco Matias (2) were Wednesday’s closest to them in both categories.

At the back, Glenn Loovens and Lees (5) won more aerials than any other players, with Loovens having the highest success rate at 83%.

Summary:
Several times this season, Wednesday’s ability to withstand pressure and then use quick, effective attacks has been used to beat teams. However last night there was no need for that. The Owls dictate play, got two goals and never really looked under pressure.

Obviously Brighton’s misfortune with regards to injuries worked in Wednesday’s favour, but even when they had 11 men on the field there was only Hemed’s early chance that threatened.

No side has ever overturned more than a one-goal deficit to reach a Championship play-off final in 30 years, let’s hope it stays that way! 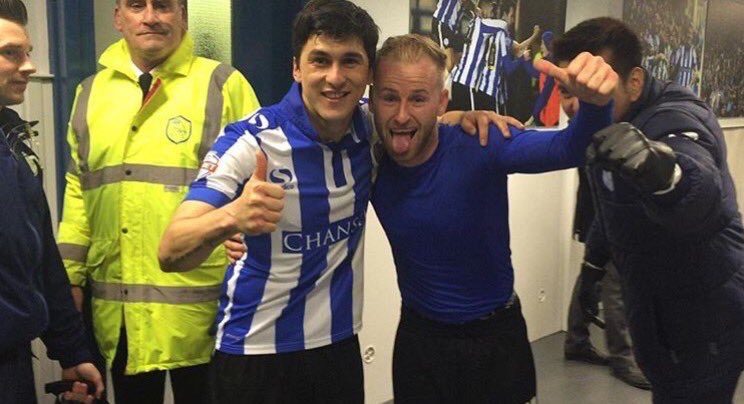 One thought on “Wednesday v Brighton: The Stats”